Emma King for Glastonbury and Street 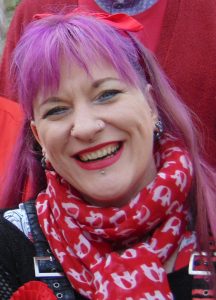 Emma King was trained as a Teacher and worked in education for 12 years as a Humanities Teacher in Luton, as Head of the Religious Studies in Aylesbury and as Head of Religion and Philosophy at Wadham School in Crewkerne, Somerset. After leaving the teaching profession she set up and ran her own business In Glastonbury town. Recently she has been working part time at a Glastonbury supermarket while studying for a second degree in Psychology with an interest in Pervasive Developmental Disorders such as Autism. She has a strong focus on education and is currently the local Labour Ward Captain for St Benedict’s in Glastonbury and is the lead on Educational issues within the Glastonbury and Street Branch Labour Party. Emma will be standing for the Labour Party in the Glastonbury and Street Division in the County Council Election in May of this year.