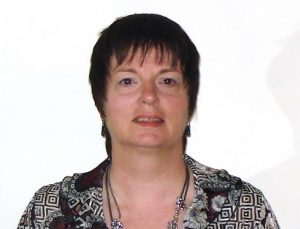 My name is Janty Marsden. I’ve lived in Somerset for over 30 years and voted Labour all my life. As a student, I was actively involved opposing the Tory Poll Tax.  Since moving to Highbridge seven years ago, I have become an active member of the town, Labour and trade union movement.

Since the coalition took over from Labour I had a bad feeling that we were returning to the Thatcher years, with huge numbers of people unemployed, a generation of school, college and university leavers abandoned and an ‘everyone for themselves’ attitude trying to survive. Now that seems truer than ever

As a supply teacher, I witnessed a huge change for the better in education whilst Labour was in power. There were better staffing ratios, a noticeable increase in funds and the building schools for the future programme was going to make a huge difference in our area. It was amazing how the local Tories went into action when THEIR local new schools building programme was threatened by their own policy!

I see the Tory Councils targeting the more vulnerable in our society with their cuts whilst trying to blame Labour for everything. It seems to me people have very short memories!! Labour has the right objectives to reach the largest amount of people fairly and on an equal footing whilst allowing everyone to be the best they can be. As your local Labour Councillor, I will do that job.